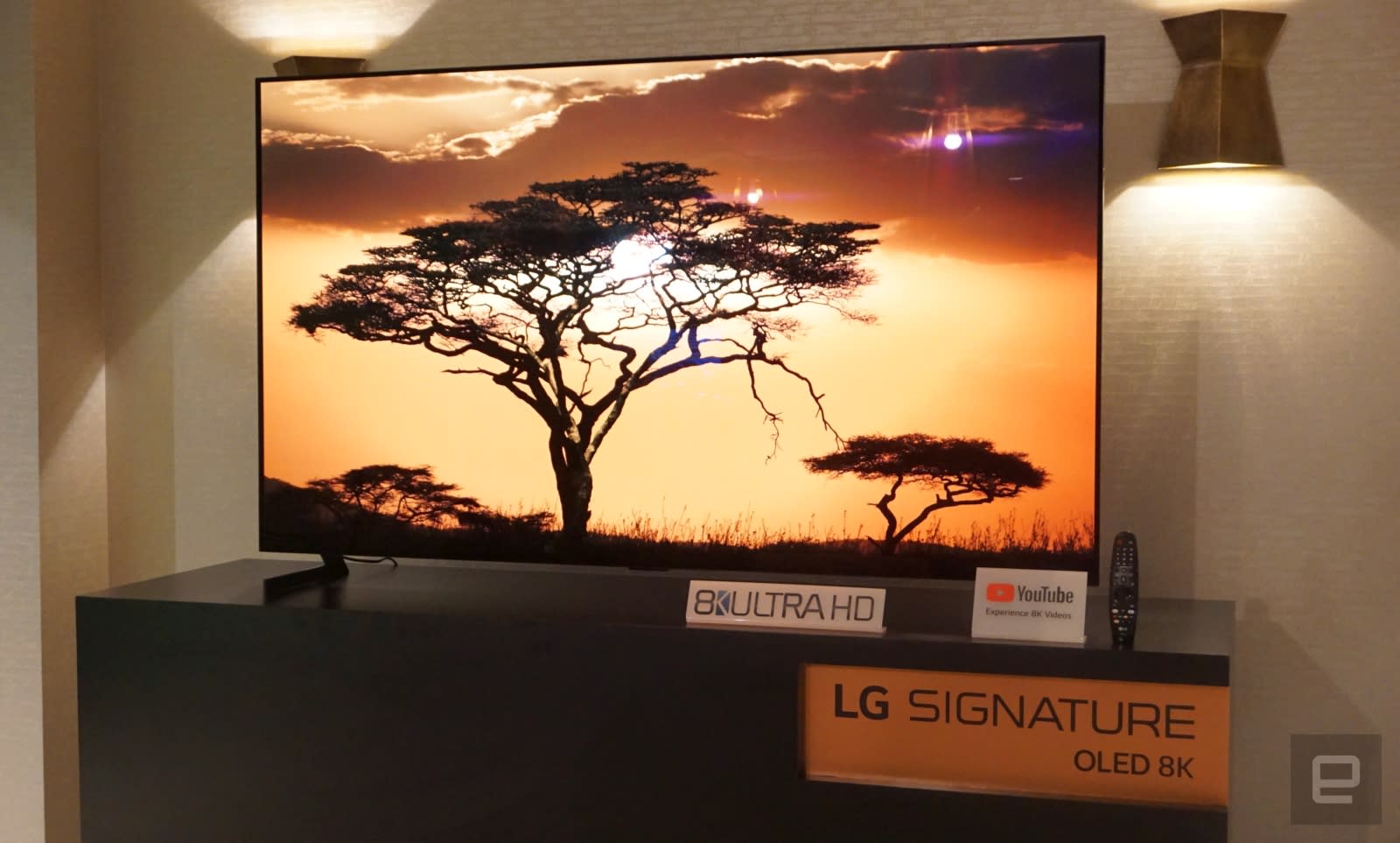 Prior to LG’s CES 2020 press conference this morning, the company already revealed a slew of “Real 8K” televisions on the way, and announced that the rollable 4K OLED TV we saw at last year’s show is ready to go on sale later this year. Both of those were present in its demo site, and looked impressive. 8K is sharp on LCD “NanoCell” screens, but the 8K OLED really popped, even if it was only playing demo content and hard to compare directly to what we’ve seen before from 4K OLED screens. Meanwhile, the rollable screen LG is planning on selling still only rolls one way, and won’t have some of the features other new TVs have (like ATSC 3.0 compatibility to receive 4K via antenna) when it finally ships.